Top Casinos and Best Banking Options for US Players

Unlike most nations that can easily find suitable online casino sites and choose from a plethora of handy money transfer solutions, US players have a more limited selection of options at their disposal.

Due to strict banking laws in the United States, players have been having difficulties depositing to their online casino accounts and some casino sites have completely withdrawn from the US market.

Not everything is bad, though. Far from it. USA online gamblers, if they take the time to do a bit of research, can find excellent websites that are fully willing to accept players from the region and make their deposit and withdrawals easy by providing appropriate banking solutions.

On this page, CBM will discuss the top online casino deposit methods for US players along with the online casinos that offer them.

If you reside in the United States and are experiencing trouble finding decent gambling websites willing to treat you like a proper customer, you can start here. We provide information about the current situation of online gambling in the USA and reveal where it is most advised to play. When it comes to placing bets online, one of the most important factors in the decision-making process is the possibility of making smooth transactions.

For that reason, we pay special attention to banking. No more do USA online casino players have to struggle with receiving casino payouts, as there are options to go around these holdbacks. Casinos themselves are working on facilitating US players to join their platforms, so things are likely to improve in the near future.

Lawmakers have been battling various challenges in recent decades trying to regulate the gambling industry in the USA. Things may become even more complex with local, state and federal lawmakers getting all mixed up, failing to provide a long-term solution that would create the optimal gambling environment for US online casino players. On the state level, officials have been more accepting of approved games and gambling activities, but certain federal efforts have not been able to advance further. After all, individual states have the ability to either approve or disapprove of specific betting operations and the overall situation in the US is often described as being delicate, sensitive, confusing or “in a grey area”.

One of the most significant gaming laws in the United States is still the Interstate Wire Act of 1961, better known as the Federal Wire Act. According to this legal document, it is illegal to place bets “using a wire communication facility.” For a while, this particular section was interpreted in a way that includes all wagers made online.

More recently, sports betting activities have been recognized as something prohibited by the Interstate Wire Act, but in practice, no individual has been charged for betting $20 on the Cowboys against the Patriots match. The FBI has clarified that the act targets large-scale operations and illegal betting networks.

American gaming is largely affected by another document, the Unlawful Internet Gaming Enforcement Act (UIEGA), which bans online gaming entities from accepting funds from customers. In other words, banks can’t process transactions for online gambling sites. The UIGEA was passed in September 2006 as part of the SAFE Port Act. This event made it difficult for many online casinos to accept US players, so many of them pulled out of the market. Those that stayed or joined afterwards, learned to adapt and started offering US customers alternative ways of depositing, such as cryptocurrencies. States of New Jersey, Pennsylvania, Delaware, Nevada and West Virginia have since legalized real-money online casino games and started licensing sites to operate on the state level.

In late 2019, Michigan’s Governor signed the Lawful Internet Gaming Act, which enabled residents of the Great Lakes State to lawfully participate in online slots, mobile sports betting and betting on fantasy sports. The Michigan Gaming Control Board is responsible for the regulation of these activities, and it grants licenses accordingly.

Politicians and lobby groups are pushing for change in the respects of legalizing online gambling games in several other USA states. We might see policy changes in states such as New York, California, Connecticut, Indiana, Illinois, Massachusetts, Maryland Arizona, Georgia, Missouri, and South Dakota in the following years.

In a legally complicated situation we’ve described and a gambling environment that is deprived of some popular casino banking methods, it is quite understandable to question the trustworthiness of certain casinos that accept US players. One could come across a shady offshore casino and not have a great time playing there. Luckily, CBM will not present such casinos on our site. We will only look at casino websites with valid licenses and a supportive approach towards US gamblers.

New Jersey was the first state US to regulate online casinos. Sites operating in this state are licensed by the New Jersey Division of Gambling Enforcement (NJDGE). In Pennsylvania, licensing falls under the jurisdiction of the Pennsylvania Gaming Control Board (PGCB). The monitoring and regulating casino operations in Nevada are conducted by the Nevada Gaming Commission and the Nevada Gaming Control Board. Some offshore sites that accept players from the US hold licenses issued in Gibraltar or in Curacao, which are also genuine governing authorities.

If the casino does not pass the necessary tests that prove its legitimacy and safety, you will not even see it here. Do keep in mind that offshore casino sites come with risks, but if they are recommended by the CBM team you can be sure that these brands can be trusted. 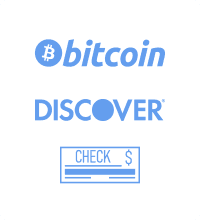 A fundamental part of online gambling, banking can be easy or stressful, depending on the way one approaches it. If you want to use a banking method that doesn’t fully suit your gambling habits, your deposits and withdrawals may backfire and create problems with managing your bankroll.

To prevent this from happening, we suggest considering local payment methods, as these will provide you with a tailor-made service. You will most likely already be familiar with how they work and you will be able to use US Dollars to deposit and cash out. Some of the popular and reliable options are Western Union, Check by Courier/ACH, American Express, Discover and Bitcoin.

All the top USA online casinos accept USD currency unless they are strictly cryptocurrency casinos. The US Dollar is one of the major currencies worldwide, so many casinos that aren’t strictly geared towards USA gamblers will also include USD in their list of accepted currencies. It is an influential currency that often establishes trends in the entertainment business in general. As an American player, you don’t need to worry about exchange rates and conversion fees, as you will always be able to deposit funds and withdraw casino winnings in your local money.

What are popular casino banking methods for players from the United States?

Are US Dollars widely accepted at online casino sites?

Yes, they are. US currency is often accepted at online casino sites, even at casinos that aren’t specifically geared towards US players. However, this doesn’t mean that you need to join the first casino that you stumble upon, seeing that it accepts USD deposits. Do a bit of research to find out which site suits you best.

Is it difficult to get a casino bonus in USA online casinos?

No, it’s not difficult at all. Claiming bonuses at USA-friendly casinos is the same as with any other online casino site. The important thing is to learn the terms and conditions of the gambling website you are playing at and meet the requirements to be able to redeem the bonus.

How old do I need to be to gamble online?

This largely depends on where you stare residing in the United States. Players are required to check their individual state laws, as they may vary from one state to another. Some states require players to be as old as 21 before they can gamble, while the limit is 18 for offline and online casinos in other states.

What are rogue USA casinos and how do I avoid them?

A rogue casino is one that should be avoided. Such sites are known for withholding winnings, bad customer service, treating players poorly in general and even rigging games in the worst cases. However, these websites are no reason to go into panic mode. While it is true that they are out there, rogue gambling sites are not all that common. Stick to CBM suggestion for trusted USA online casinos and you will be ok staying away from rogue operations.

Every casino now supports playing through the web browser and this makes online gambling compatible with nearly every device connected to the internet, including Apple products. Instant play casino means you may access the games whenever and wherever, on a device of your choice. You can join a casino on a smartphone or tablet, that is to say, an iPhone or an iPad. All the top online casinos now allow players to gamble from their mobile devices.